Anime You Shouldn't Sleep On: 2018 Edition

With 2018 finally behind us, I've finally had the chance to look back at some of the more memorable anime I watched throughout the year. Everyone else is putting out "Best Anime of 2018" recommendation lists right now but I'd like to take a step back from that and cover some titles that came out of nowhere and surprised me. The list covers 1 title from each season that not only moved me but came out of nowhere to do so. This my list of anime from 2018 that you shouldn't sleep on.

1. A Place Further Than the Universe 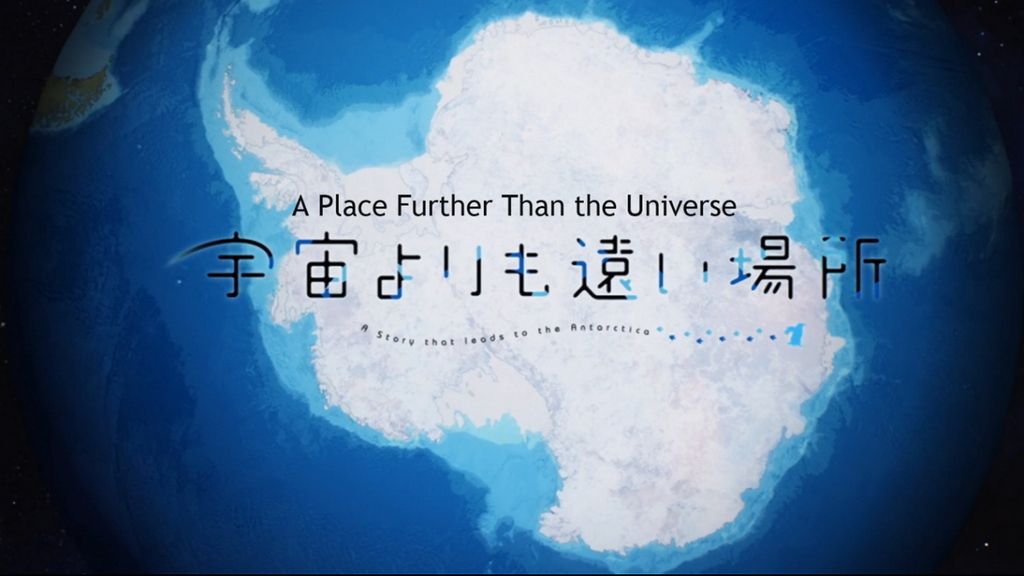 At first glance one might pass this series over thinking it's just another show about cute girls doing cute things. However, if you give it a chance you'll discover that it's an exciting coming-of-age story that deals with youth, friendship, and overcoming grief. The series opens with Mari Tamaki, a surprisingly relatable clumsy high school student who fears she hasn't been making the most of her youth. One day she decides to be more impulsive and cut class. In the process, she encounters a girl who drops an envelope containing 1 million yen. After tracking her down and returning the money, she finds out her name is Shirase Kobuchizawa. Shirase is obsessed with going to Antarctica in order to find her mother, a researcher who went missing on her last expedition. Mari takes an interest and decides to join Shirase on her journey. A Place Further Than the Universe isn't just about how they get to Antartica though, it's also about the friends and personal growth they experience along the way. This is a series so wonderful that even New York Times cited it as one of the Best TV Shows of 2018, making it the only anime to grace the list. Do yourself a favor and check it out! 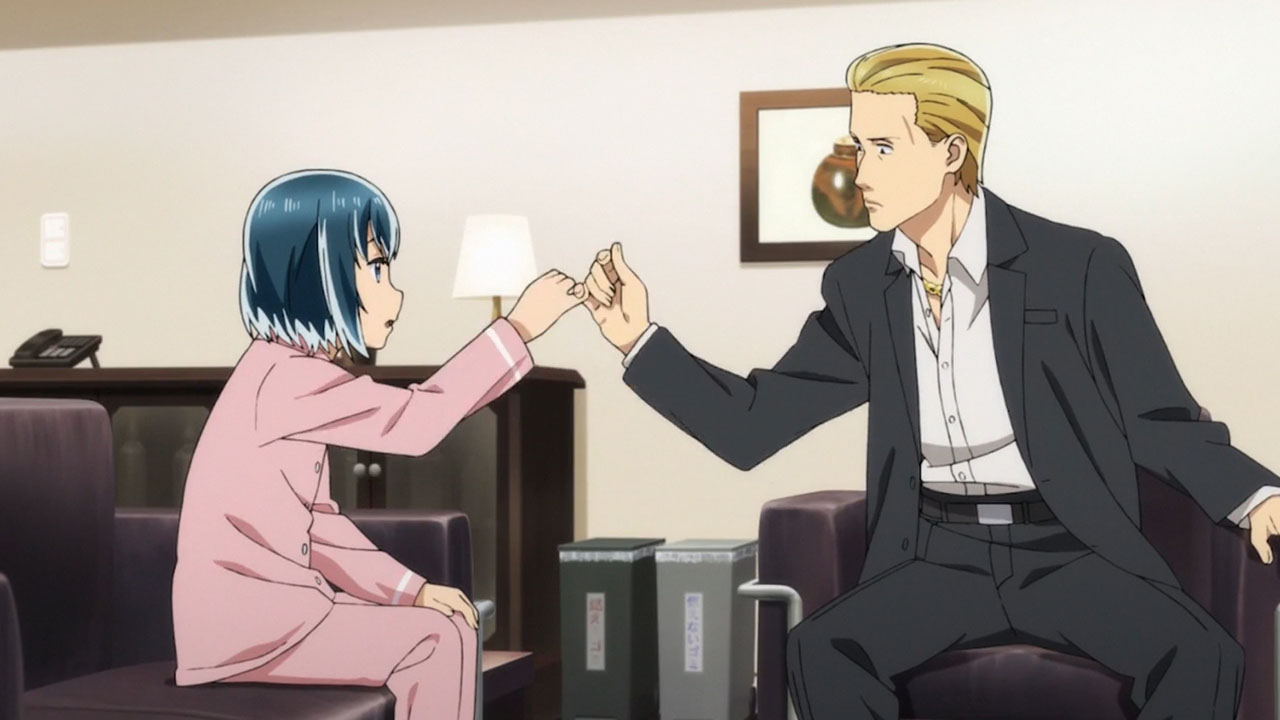 We have a deal. Capiche?

To those who haven't watched Hinamatsuri beyond the first episode or two, it seems like an odd recommendation. It's built on the iffy sounding premise of a psychic child soldier escaping and trying to blend in to normal society by moving in with a gangster. Throw some slightly crass humor in the mix and it's easy to see why some might dismiss it. However if you stick around beyond the initial episodes, what you'll find is a slapstick sitcom in which there are an uncanny number of tender moments. It's in those moments that Hinamatsuri is at strongest. The series uses the relationship of the protagonists to explore themes of family, belonging, and learning how to put others before yourself. Despite the breakneck pace at which the series alternates between comedy and more sentimental moments, it never manages to leave the audience feeling whiplash. There really isn't much more I can say, you'll just have to trust me when I say this is one you should watch. 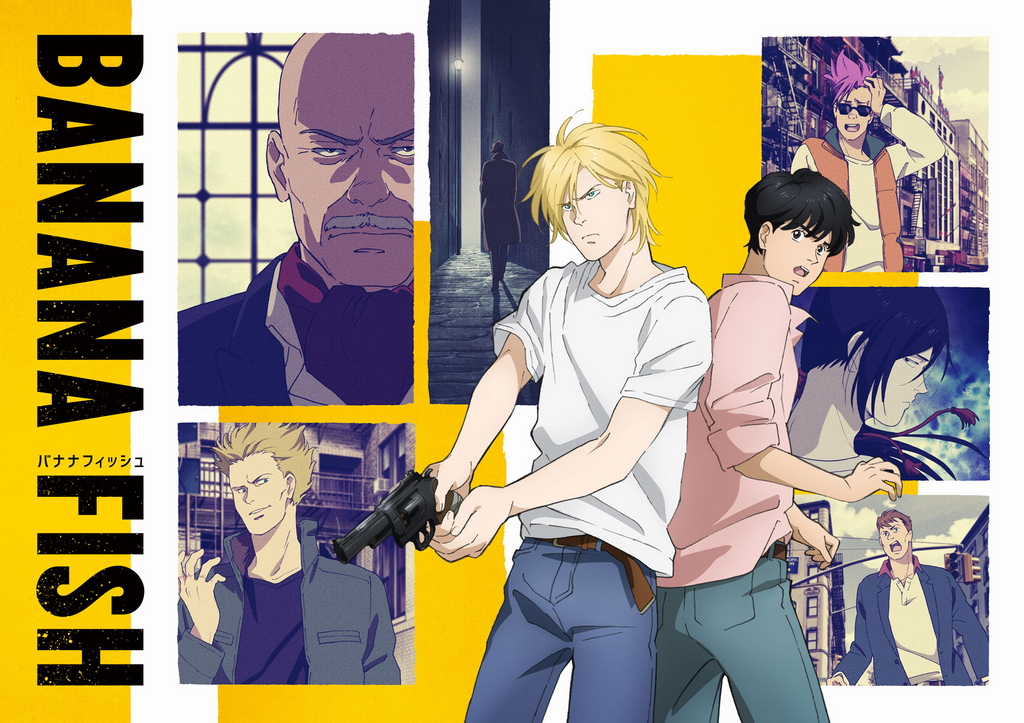 BANANA FISH is more than meets the eye. At it's surface it appears to be the a bloody tale set on the streets of New York, where street gangs and organized crime jockey for power. (My inner NYer is already in love with that premise.) That in itself is already an excellent watch, but as the series unfolds it reveals that it is not just excellent at action but also has tremendous depth. As the events of the series unfold we're treated numerous to American literary references, most prominently the works of Ernest Hemingway. Most, if not every episode is named for works by American authors such as J.D. Salinger and F. Scott Fitzgerald. These references are not just for show, they are very much intentional. In the second half of the series, some of the novels make cameos in order to reinforce the thought processes of the characters.

But that is only just the beginning. This series is intelligent. From making subtle commentary on diverse topics such as the pressures of leadership and revenge, to taking more heavy handed digs at American foreign policy, BANANA FISH keeps audiences on its toes at all times.

Despite the intense action and the thought-provoking writing, at its very core BANANA FISH is a story of "friendship" (read as: that's my gay OTP and don't you dare mess with them or I'll cut you!!!) and the strength of the human spirit to endure. I honestly cannot recommend it any more highly for its action, its wit, and its critical contribution to the very early genre of BL. 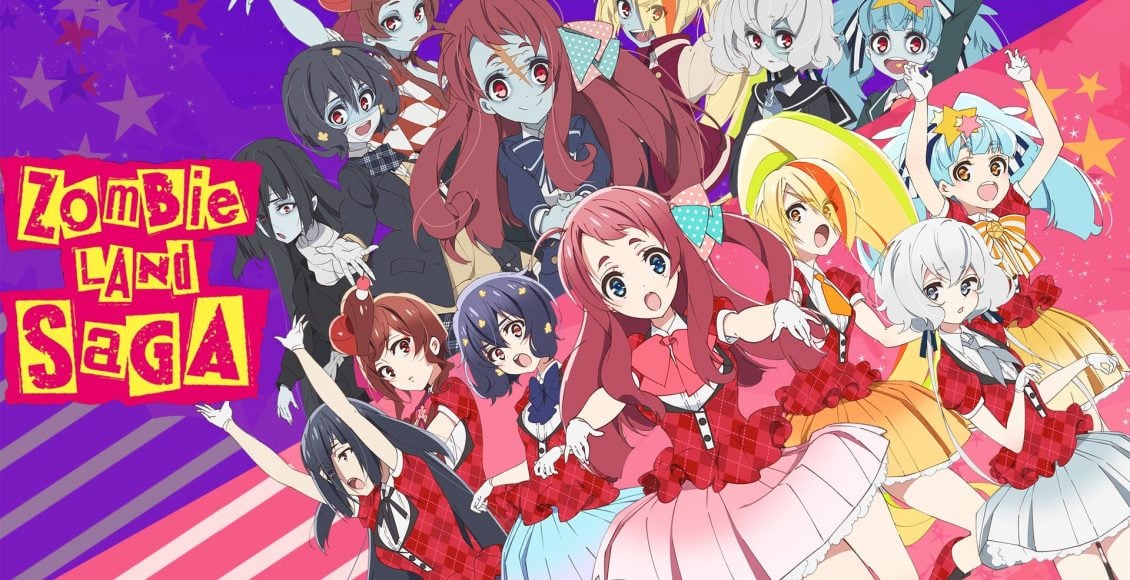 Spoilers: They really are zombies.

Do you hate idols? Good. Do you like idols? Still good. Zombie Land Saga is a series I have a love-hate relationship with. On one hand it's yet another entry in a genre I've never really liked, idol anime. On the other hand, it really is something special. It takes the cliche, "Let's save X by starting an idol group" and buries it 6 feet under… and then resurrects it, somehow creating something really good. The series follows a group of zombies who were resurrected for the sole purpose of forming an idol group to save Japan's Saga prefecture from a declining population. The concept while outlandish is the perfect vehicle to provide the series' larger-than-average cast the personality and character development they need to move on with their lives afterlives. Zombie Land Saga, is remarkable in that it not only makes for a really accessible entry-level title in the otaku-dominated idol genre but that it also does so while addressing its cast's existential issues in a surprisingly genuine way.