This post is part of the in the Anime in New York photo series. The series aims to find New York City locations depicted in anime and see how real life and anime differ. 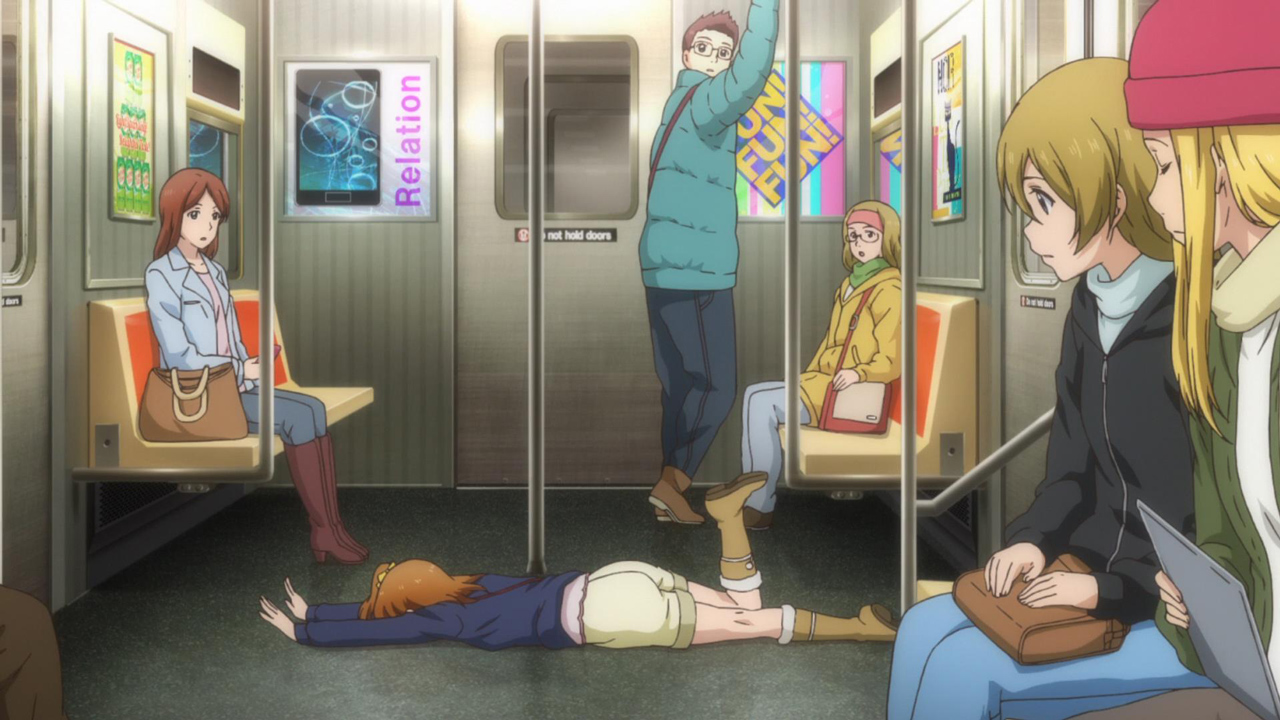 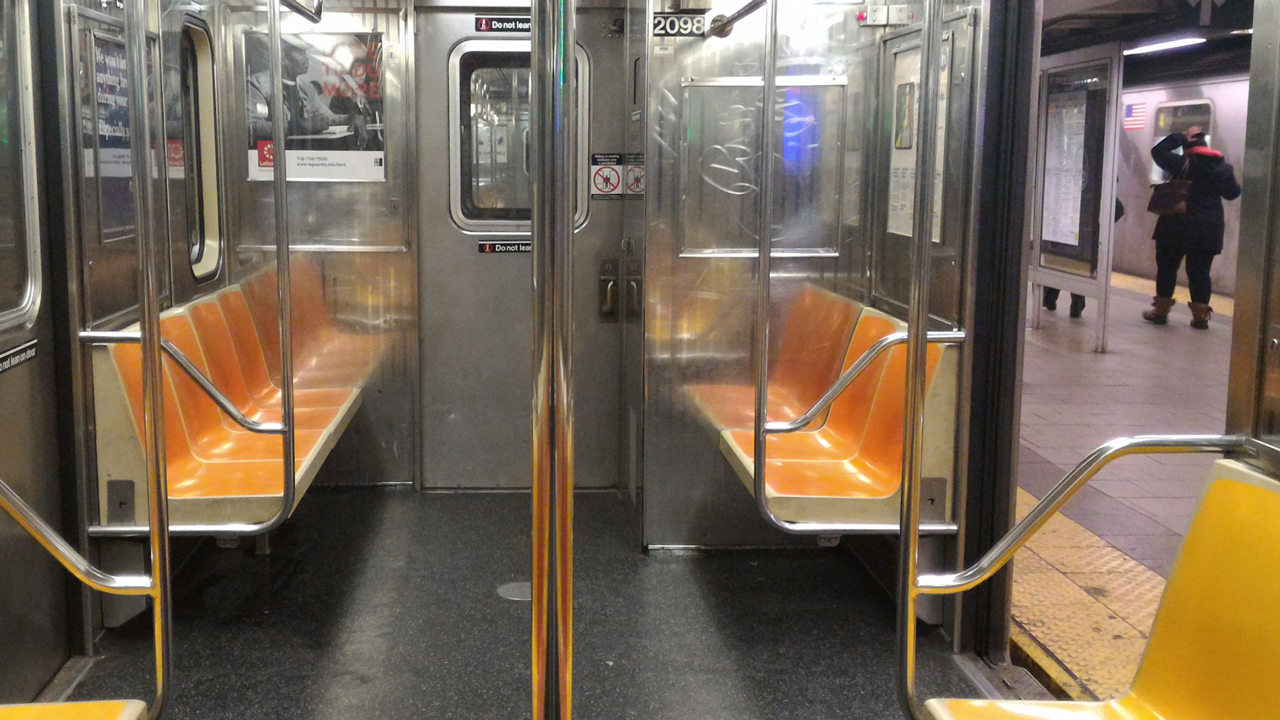 Location: N Train Car
Accuracy: Mostly - The subway car depicted appears to be an R62A model. Aside from the extra roll signs and the missing arm rests on the seats at the end of the car, it is accurate.

I don't think I was a train otaku before researching this post but I might be one now. The R62 model of Subway car was originally developed by Kawasaki. Following a successful delivery, the MTA decided they wanted to buy 825 more at the same price. However, Kawasaki wanted to charge more per car, so the MTA contracted a Bombadier for the job instead. The movie implies that this might be an N train but no trains on the BMT Broadway Line use this type of subway car.