There was an old meme that used to make the rounds where you would create an album cover for a fictitious band. First you'd find a random image from Flickr (unfortunately that feature doesn't exist any more), the title of a random Wikipedia article and a few words from a random word generator. Then you combine those things in however way you see fit to create an album cover for a CD titled with whatever the word generator came up with, by a band named after the Wiki page, and the random image being the main cover art. When I had a lot of time on my hands was procrastinating, I used to do this for fun. As a result, it somehow became a running gag around the office that I make album covers for people's fire mixtapes.

One night a few months ago, I was out having dinner with a number of my current and former co-workers and we got on the topics of mixtapes, meme rappers, and socialism. That's when I received what I think might be my first request to Photoshop an album cover together. The concept was an album by Bernie Sanders about redistribution of wealth, with visual inspiration from Lil B. So here it is. 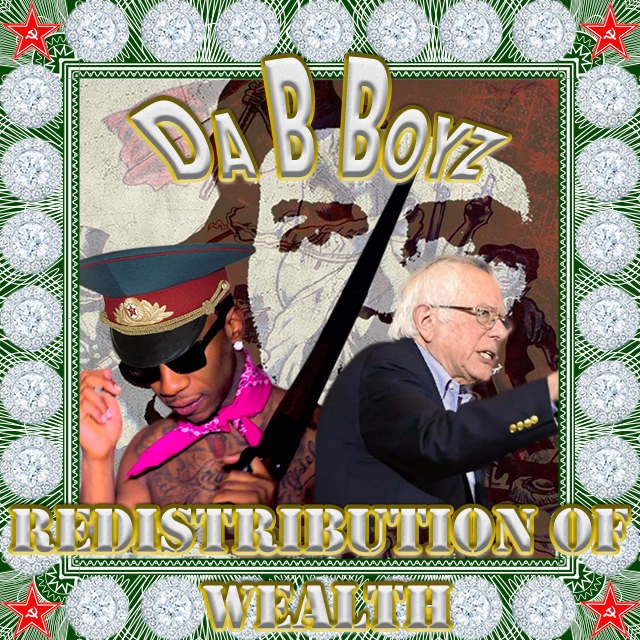 I can't believe someone actually asked me to make this for them.

It's the longest I've ever taken to finish something like this, partially because I had to mask out Lil B and Bernie Sanders from photos and partially because it's literally the gaudiest thing I've ever made in my entire life. But it's so dumb I couldn't help but share.