Awakened Spirits: Tea in the Tombs

At the risk of sounding like a "sponsored post" (I assure you this isn't), I've got to tell everyone about how I wound up having dinner with my friends at one of the most underground (literally) spots in New York, the catacombs of St. Patrick's Old Cathedral. 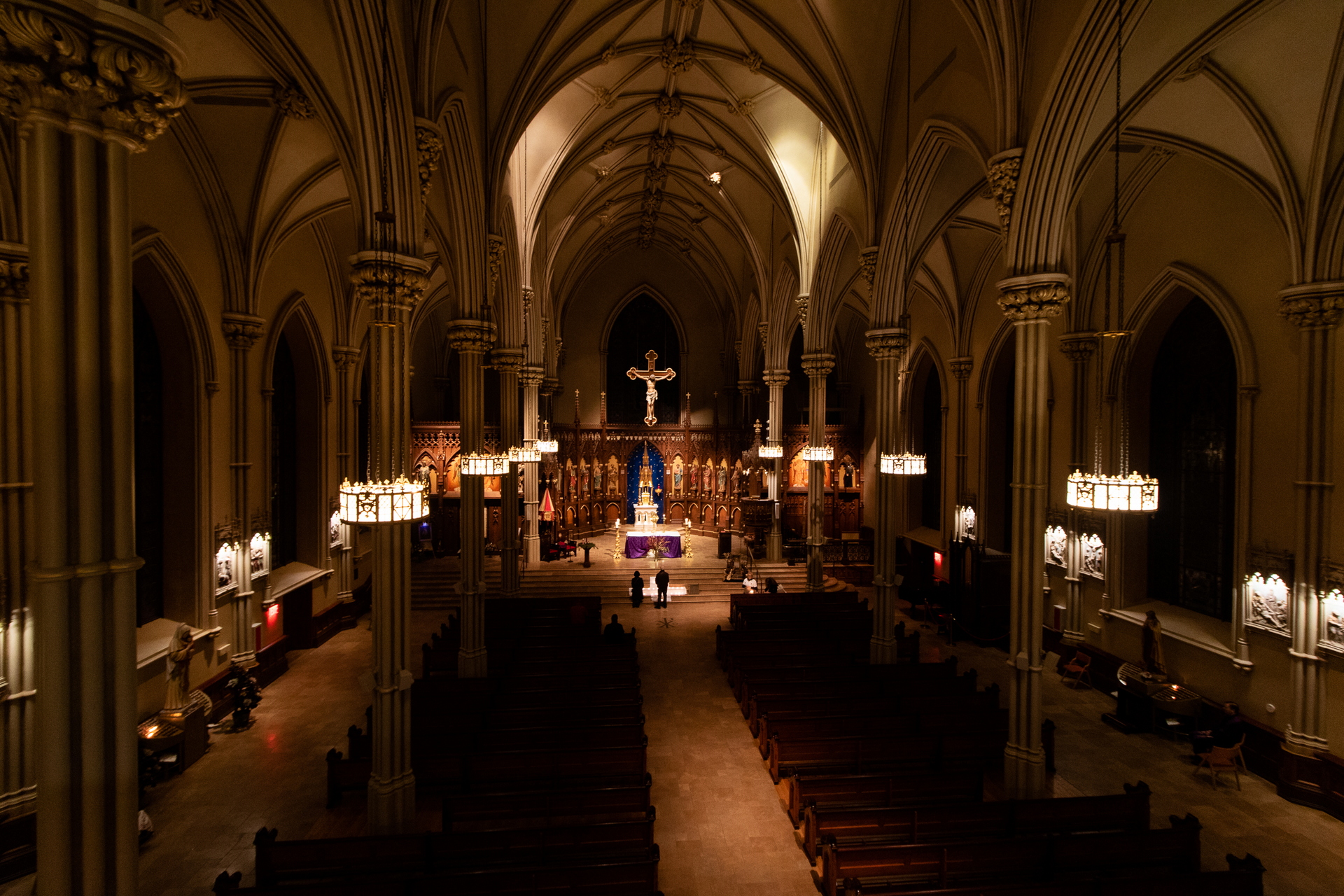 It all started shortly after Thanksgiving when my friend messaged me early in the morning with a reminder to get a try and get a ticket to some event which I definitely had forgotten about. (Sorry!) Fortunately, despite my forgetfulness and an astonishingly high demand, we managed to get enough tickets for 4 of us. With that taken care of, it was time to find out what I just signed up for… a dinner party hosted by Tazo, a tea brand, in the catacombs. Wait… what? Catacombs? I didn't know we had any in New York… Especially not at a church I've walked by regularly since I was a kid.

The day of the event finally came, but the friend who told us about the event had come down with a stomach virus, so after a last minute substitution I headed over to the church from work to meet up with everyone. We didn't know exactly what to expect, but I was excited. We were greeted by the event staff at the door and lead down to the church's event space where the night's events would unfold. The night kicked off with an overview of the church's history. I didn't know it, but the church has a story that is very much a part of the fabric of NYC 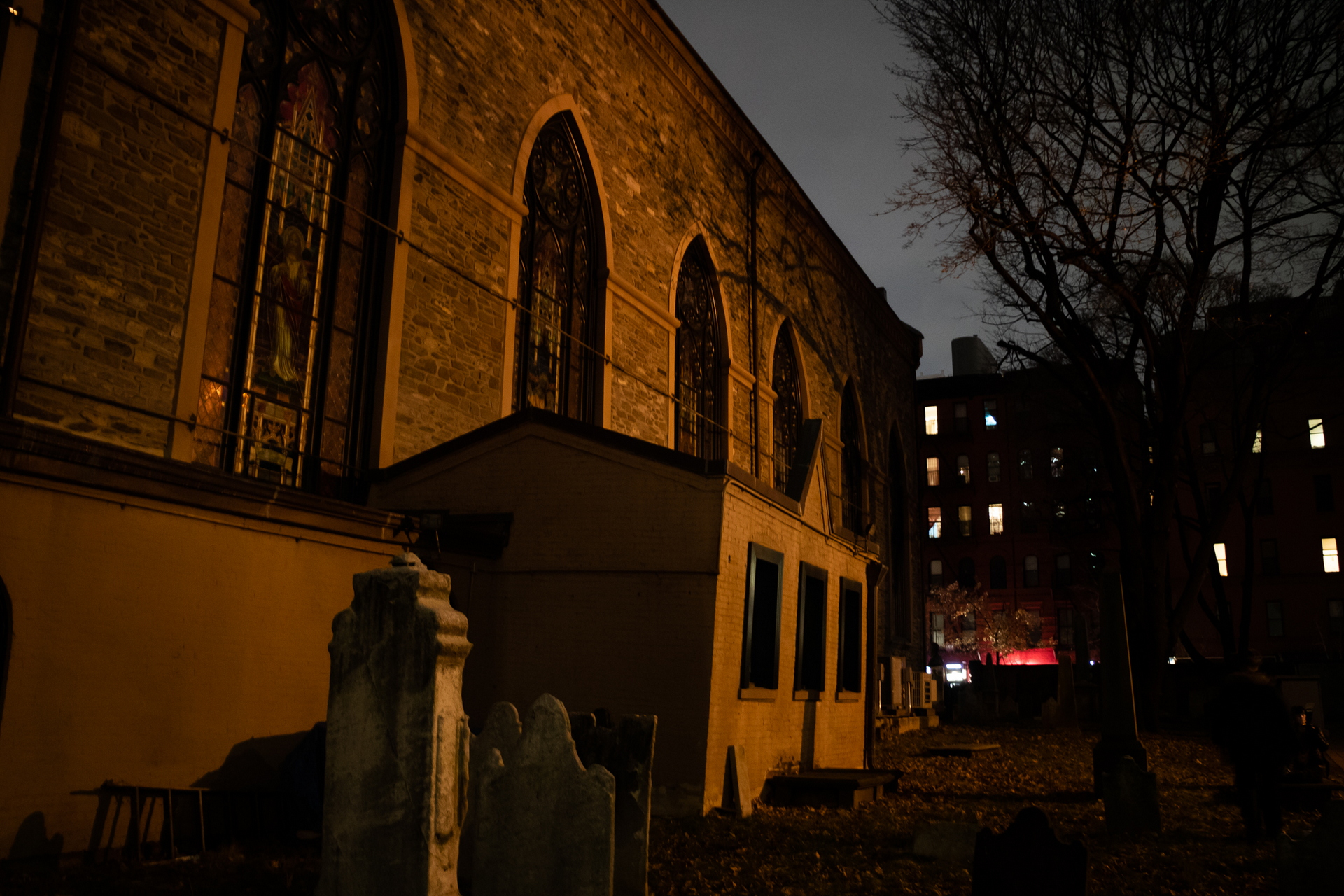 The first Roman Catholic Church in New York City, opened in 1786 just outside of the city's limits. Named St. Peter's, it was placed there due to anti-Catholic sentiments of the time. As the city's Catholic population grew in the early 1800s, the need for a second church arose. They decided to build the new church on the site where St. Peter's cemetery stands to this day. That church would be named St. Patrick's. Located in what would eventually become Little Italy, it became the seat of power for the newly formed Archdiocese of New York.

He spoke about the history of the church: how it was once the seat of power @NY_Arch, how it appeared in The Godfather films, and how in the 1800s nativist rioters tried to destroy the church so it was guarded by @hiberniandigest musketeers from behind its iconic walls.

After a crash course on local history, we walked through the cemetery in to the church and were taken up to the choir loft where we got to see the famous Henry Erben organ. Erben was a famous NYC organbuilder, and this organ was his magnum opus. It's also the last of his organs to remain in use and in its original spot to this very day. The organ was installed in 1866, after the church was rebuilt. There is currently a campaign to try and restore the organ which now is showing signs of its age.

Anyway, after that we were led up to the choir loft to see the the famous organ. pic.twitter.com/0T42pHYpCT

From there we headed down to the catacombs, which are still active and super modern. They've got HVAC and tiled floors down there. They also still have space available for anyone shopping around for some after-life real estate.

There are also a number of famous New Yorkers and their families laid to rest there, including: 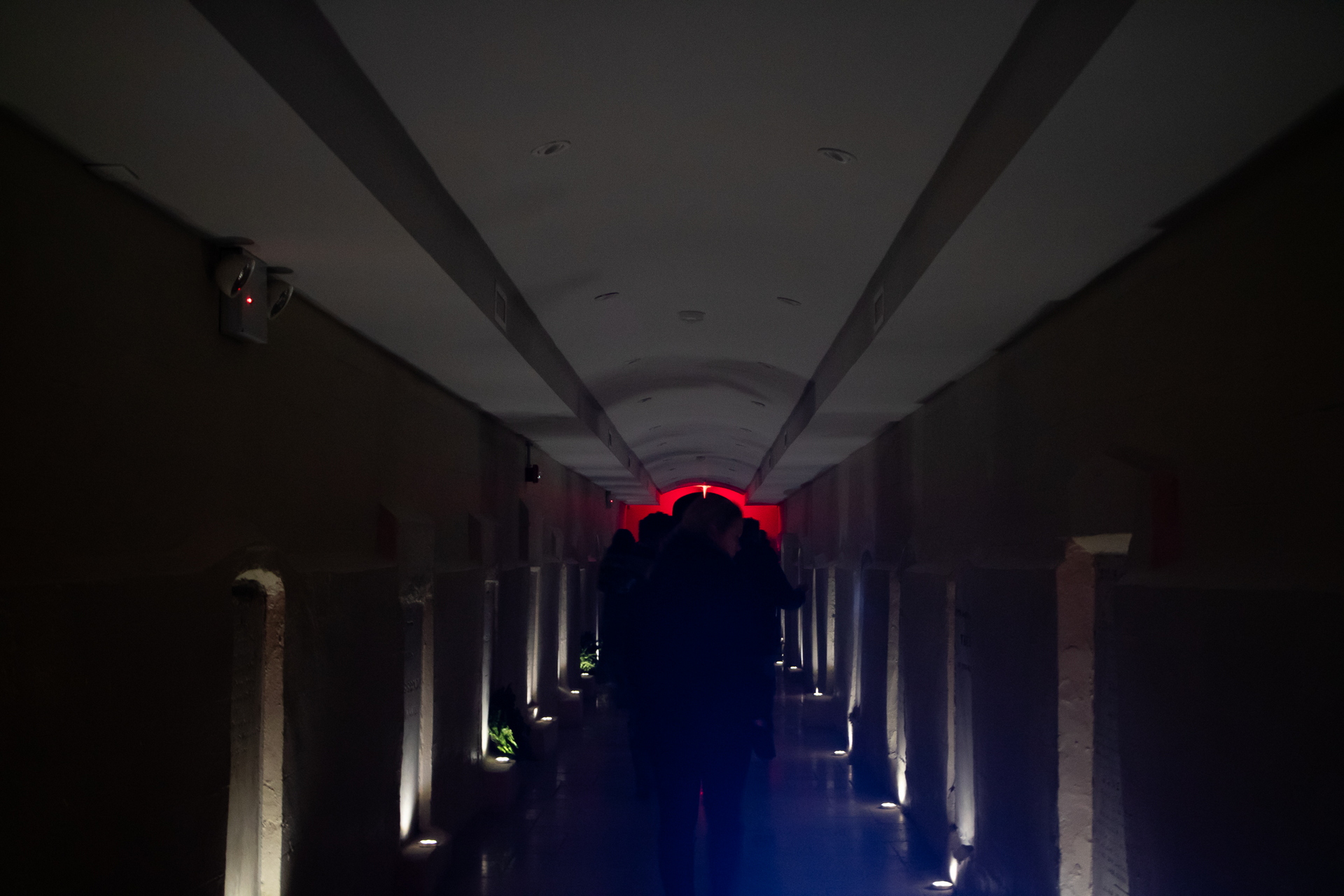 With all that said and done, it was time for dinner. Dinner was split in to 5 dishes, each designed to stimulate one of the five senses. I'll let photos do the rest of the talking.

With the tour complete, it was time for dinner! We had an impressive meal prepared by Chef Choi of @mokbar_nyc. (Forgive my poor photos, food photography isn't my strong suit yet.) pic.twitter.com/1ecrz99nfI

Each dish in the meal was meant to awaken one of the 5 senses. The pork bun (for touch) was definitely my favorite. pic.twitter.com/SFeTrhIO3S

The next dish was designed to awaken the sense of taste. It was a challenging one to both eat and photograph because we all wore blindfolds. It was was mouthwatering. (Can't believe I actually got good photos blindfolded. Go muscle memory!) pic.twitter.com/aM7dK8isVZ

Finally the final dish was dessert mean to stir the sense of sight. It was a matcha banana cake served with green tea mint ice cream and accompanied by a performance. pic.twitter.com/qAoYxp1m9Q