Back in the Spring my mildly undead friend managed to escape the living hell known as the United States to go on holiday in the UK. While there, she and her significant other were kind enough to send me a package filled with delicious snacks. Among its contents were my official candy obsession, Kit Kats! Unfortunately given the sorry state of affairs around here, I just couldn't get in to writing about them. Between the ongoing pandemic, an exasperatingly endless election cycle, civil unrest spurred by continued racial injustice, a number of domestic concerns, and an impending coup… one could say I was slightly preoccupied. In fact, I still haven't written about my pre-pandemic trip to Japan as a result. However, with the end of some of these problems in sight and some new ones on the horizon, I finally have completed this blog post at least.

Before we begin let's take a look at some of these since we have an interesting mix of treats this time. We have 2 entries from the Kit Kat Senses line and a regular Dark Chocolate flavor. All of which are about 1.5 times the length of a typical Japanese Kit Kat mini. Then we have 2 Kit Kat Chunky bars which are essentially candybar-sized Kit Kats. I've certainly never seen most of these so I'm pretty excited to try them out. 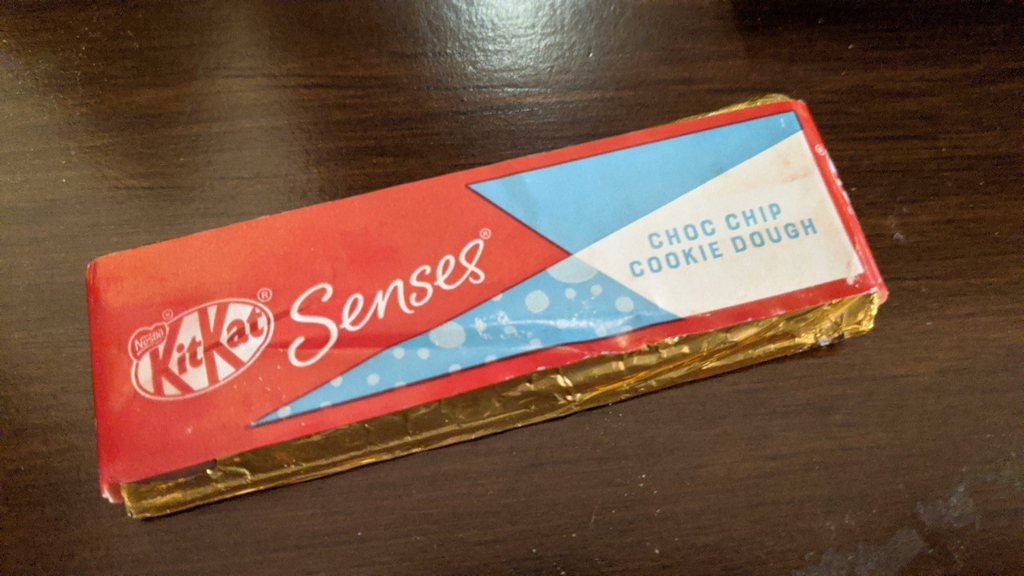 This flavor has a noticeably sweeter scent, as one would expect of milk chocolate chips. But how does it taste? The milk chocolate is far more pronounced than you'd find in its American counterpart. However, there isn't a trace of cookie dough in the flavor to be found. Perhaps the chocolate overpowers it? Despite that, it's still quite satisfying if you're craving something sweet. 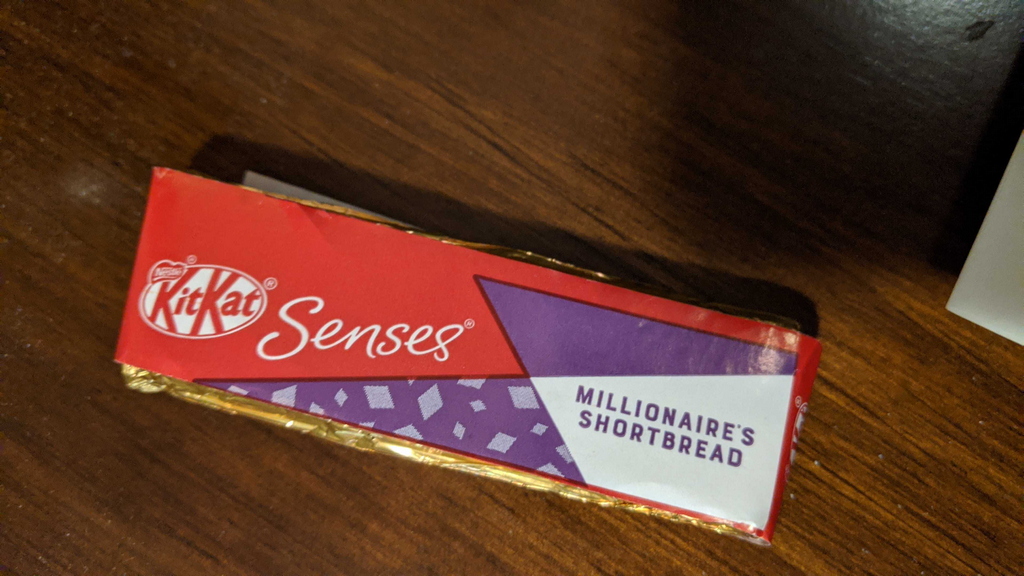 Alright readers, I'm not going to lie to you. I have no idea what millionaire's shortbread is. In fact, I'm googling it right now. However, that won't stop me from tasting this Kit Kat first! The first thing I noticed after opening the package is a very sweet aroma that reminds me of condensed milk. After devouring one of the fingers, I can confirm that it's quite delightful. The typical wafer has been replaced by a shortbread wafer and is encased in a thin layer of caramel. This gives the Kit Kat that same satisfying snap that we're used to. Not only do I recommend it, but now I have to go learn how to make the real deal so I can satisfy this caramel craving. 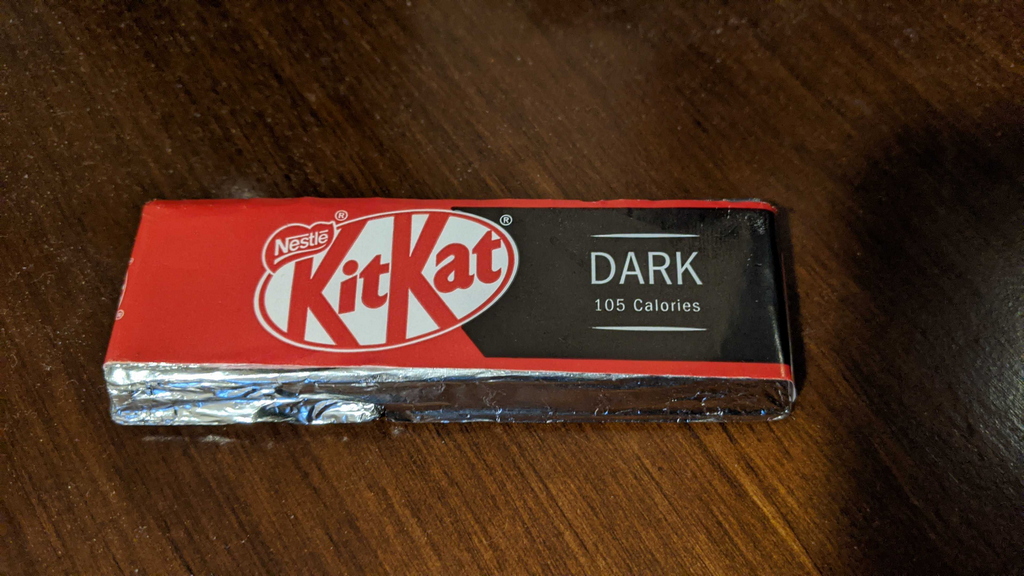 Ah here's a classic. The bittersweetness that's just a little bit sweeter than you were expecting is top notch. It's the perfect Kit Kat for when you're exhausted out of your mind and need a quick pick me up. Interestingly enough, these taste different from their Japanese counterparts in that they have a bolder flavor profile. 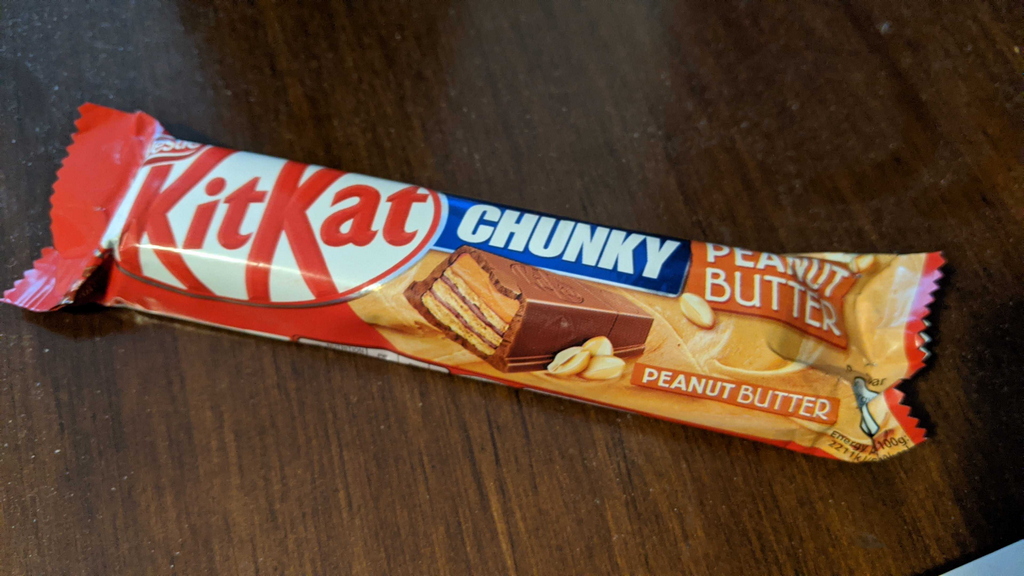 Look at the size of this lad, it's an absolute unit! It's literally a Snickers-sized Kit Kat! And it has peanut butter in it?! I'm in love with concept! Before I get ahead of myself, what's most important is how it tastes. It is saltier than one would expect but the jumbo-sized wafers make for a very satisfying crunch. Definitely not bad. It may be a bit saltier than I'd like but even putting the novelty aside, it is still quite enjoyable. 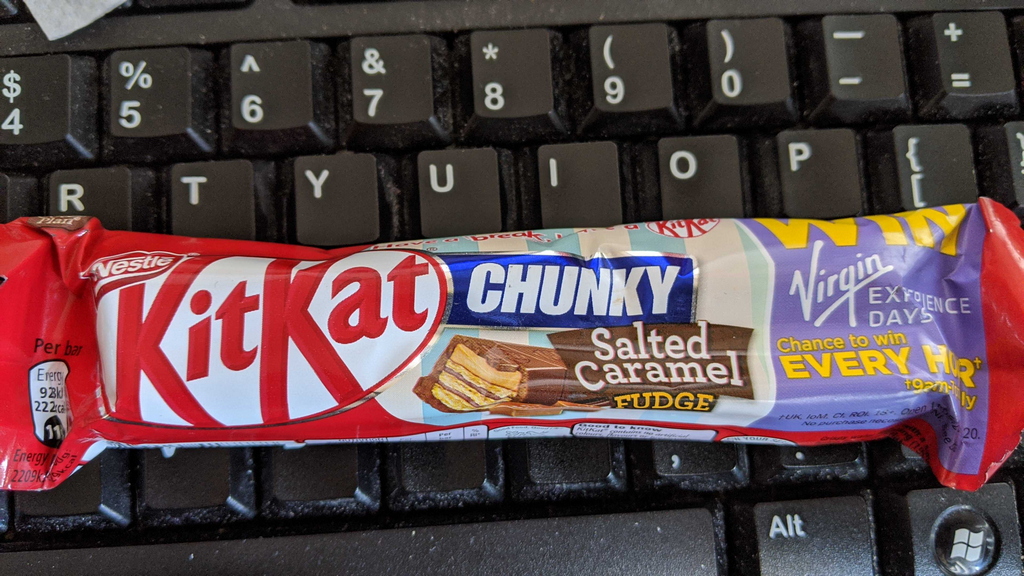 Okay this was a wonderful idea with an even better execution. The salty caramel and sweet chocolate complement each other very well. It just makes you want to reach for another bar. Definitely my favorite Chunky flavor so far.