As the weather warms up, my more sporty friends are gearing up to resume cycling. Between upgrading their bicycles and training to race each other, they've been quite active. So when my friend was back in my area to do some cycling, he once again brought me a tribute. Since the last time he bought me tribute I repaid him with a review, he found a system he could game. Now I'm honor-bound to review some tasty snacks and one very sadistic one. 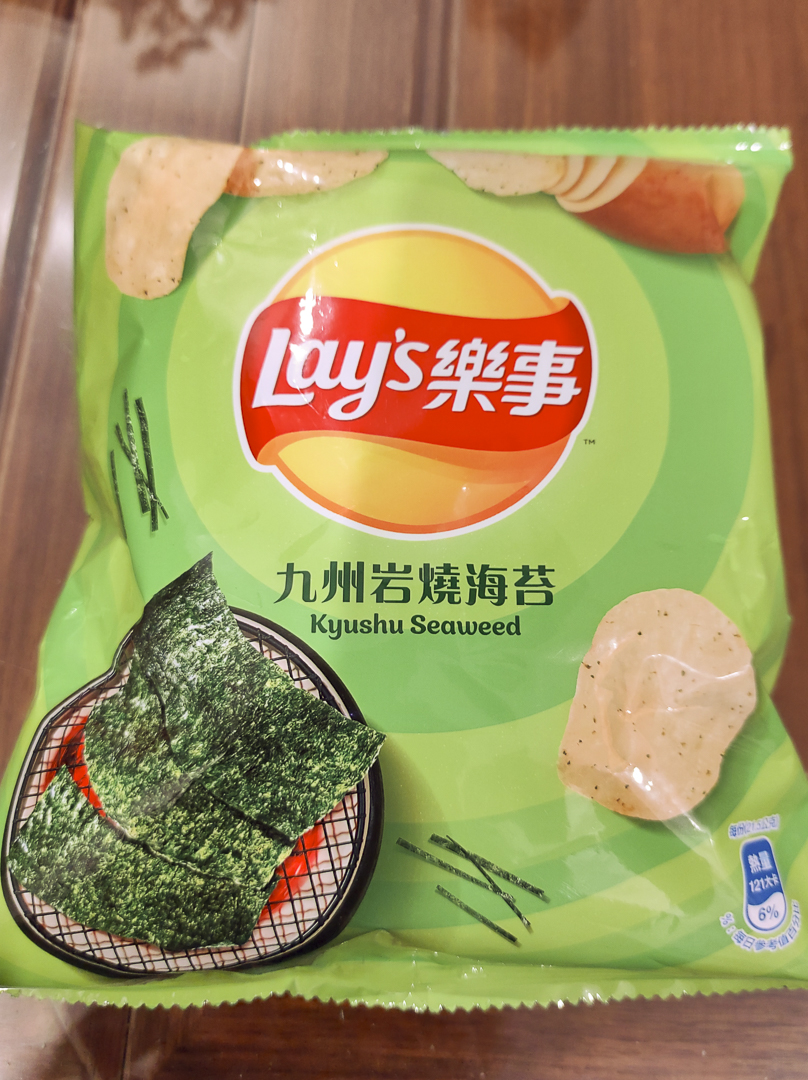 Lay's Taiwan is at it again with another Japanese-themed potato chip. The Kyushu seaweed flavor is quite nice though. The chips are very light, with a texture that half way between a Pringle and a baked potato chip. The salt content is also significantly lower than you'd expect, allowing the distinct scent and taste of the seaweed to take center stage. It's a wonderful fusion of snacks, that leaves you wanting more. I strongly recommend it. 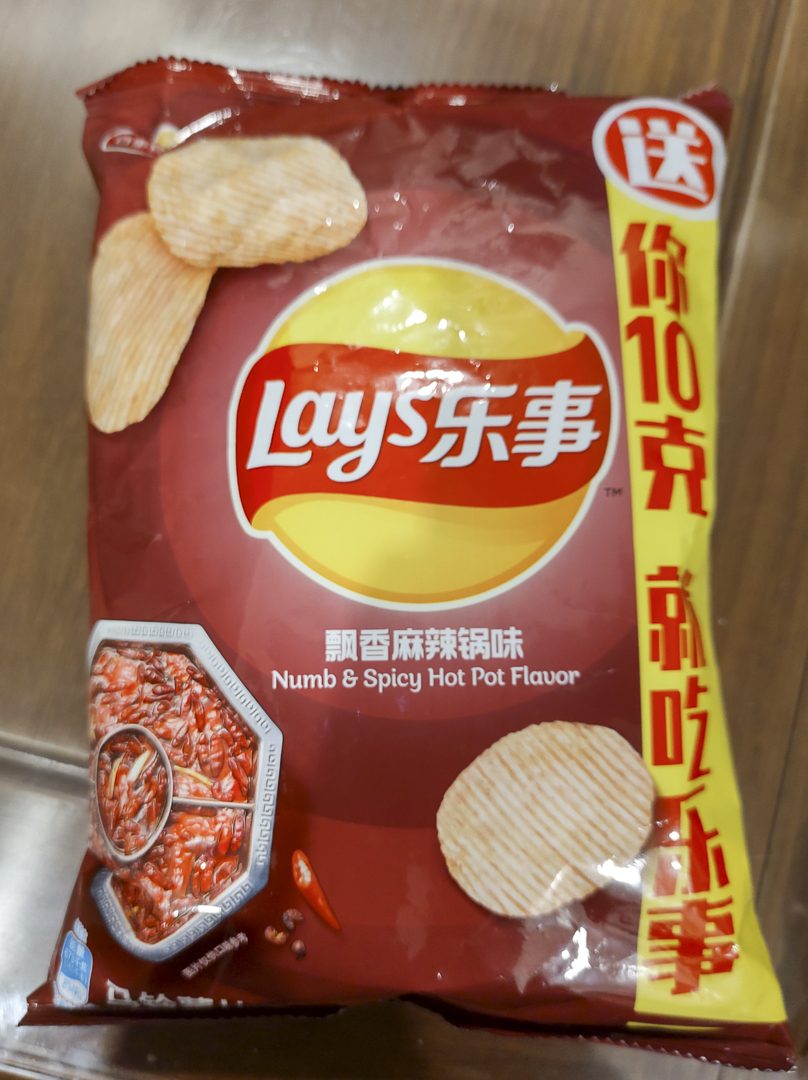 This flavor is quite surprising. It some how manages to smell and taste like spicy hot pot broth without the heat. The chip is crunchy with a complex combination of spices that don't immediately make themselves known. As you eat more of it however, the heat and flavor start to pick up. It's quite an interesting experience. 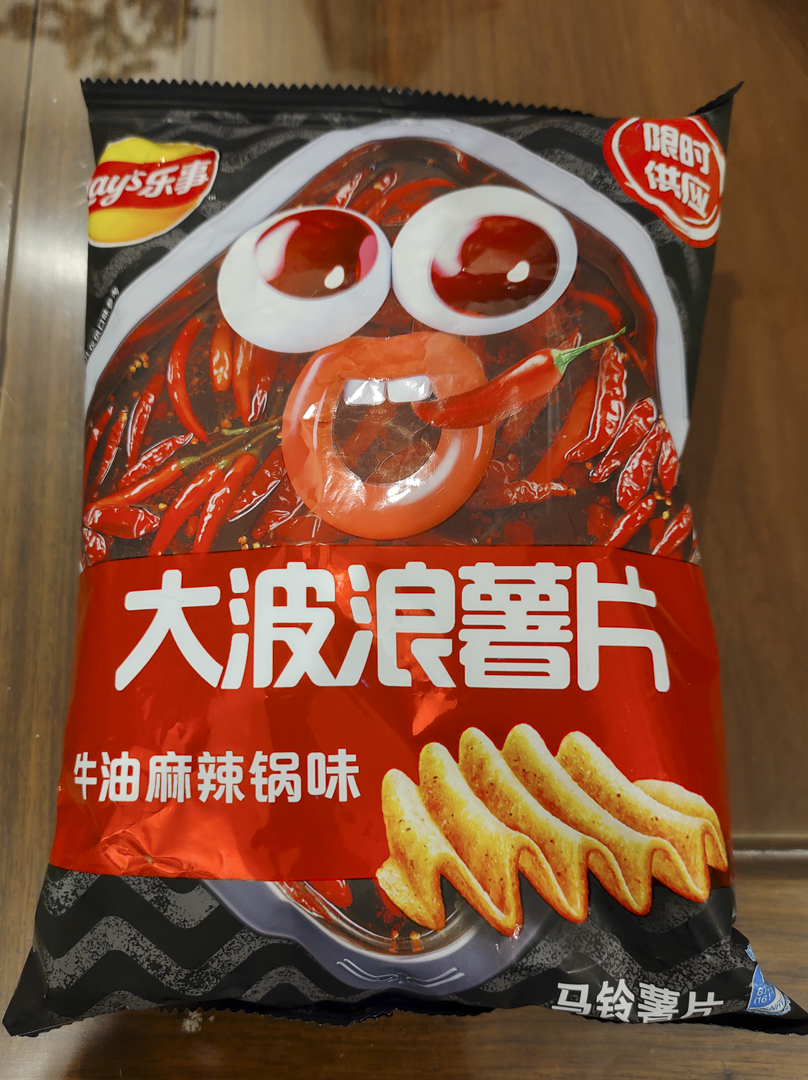 Let me preface this with a disclaimer, I am weak against spicy things. I firmly believe that if people were meant to eat spicy things, they wouldn't burn. That being said, from the packaging alone, I knew I had been set up. I was staring down a Trojan horse but had no choice but to let it in anyway. Upon opening the bag, my suspicions were confirmed by the rouge color of the chips. If that weren't enough, the sharp scent of hot chili oil told me I was in danger. Despite this, I pressed on and gave it a taste. The flavor and heat of chilies was immediate. If I wasn't distracted by the burning, I might have noted the complex and smokey flavors. However, I was preoccupied looking for a drink. Masochists will probably enjoy this flavor though. 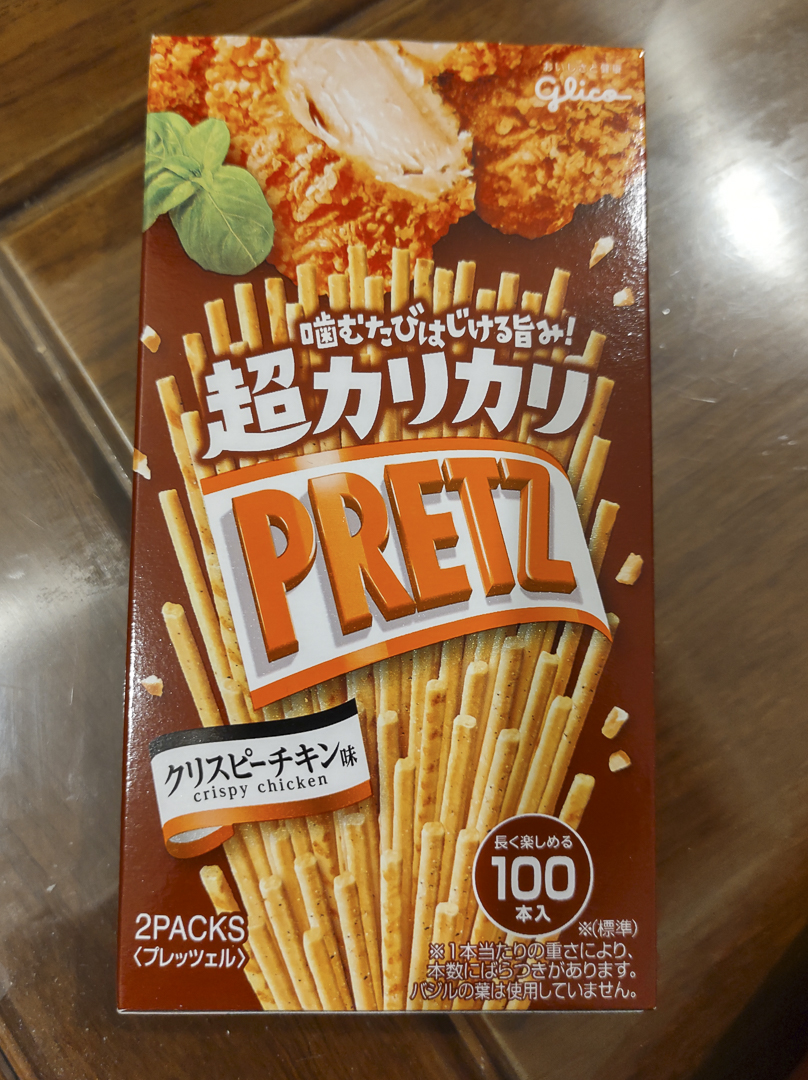 We end this review on an interesting note with a popular Japanese snack, Pretz. Pretz are similar to Pocky in that they're baked stick-based snacks. However they differ in that instead of being dipped in a fudge, they're dusted in seasonings. They're also made by the same company, Glico.

Upon giving it a taste, my first thought is "Wow! It's so crunchy!" It's actually quite remarkable how they've managed to make these thin sicks crunchier than chips or pretzels. The crunch is snappy and extremely satisfying. However, that's where my praise ends. The flavor leaves much to be desired. It tasted like I was chewing on a chicken flavored bouillon cube. I was immediately reminded of salty concentrated chicken stock. The novel crunchiness aside, I don't think I'd recommend this flavor.