As senpai a particularly avid reader of this blog keeps reminding me, it has been some time since I last posted here. The last few months have been pretty insane (and once I have time to sleep again I will blog about them). Despite that, I've returned to let everyone know that I'm back on my bullshit again. When sane people are overwhelmed with everything they have to do, they often take a step back and reassess the situation. When I am overwhelmed I procrastinate… often by taking on a new side project… or four new side projects. But I digress, you're all invited to watch live as this project comes due! 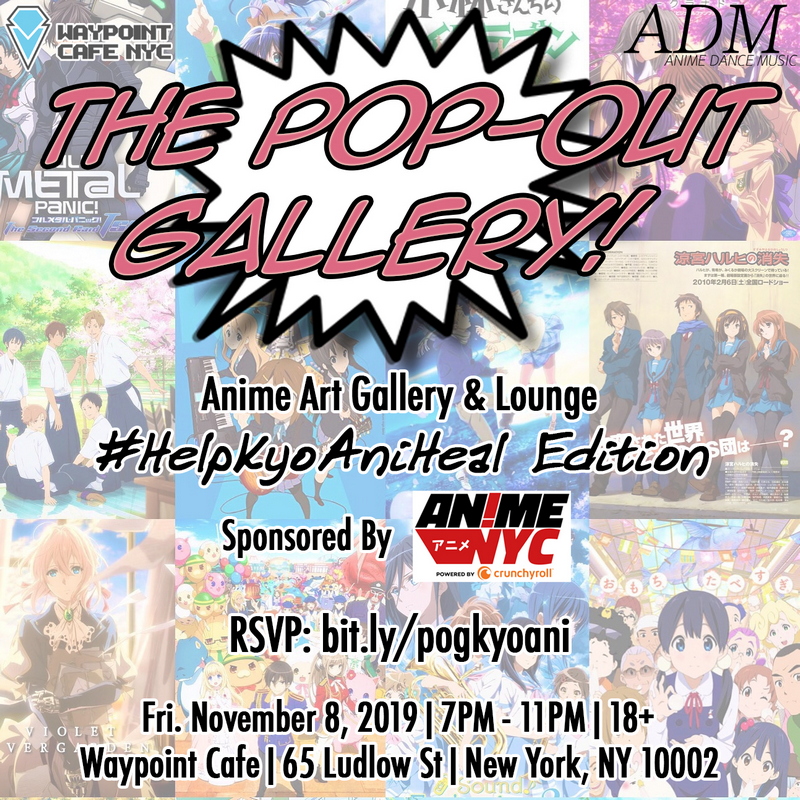 Last month a friend of mine announced that they're hosting a pop-up anime art gallery and that all of the proceeds would go towards the victims of the Kyoto Animation arson. So obviously I did what any good friend/ KyoAni fan would do, throw my unconditional support at it… for the weeb culture. They were in need of 2 things, artists and sponsors. It's a given that I'm not made of money, so sponsorship was out. (Anime NYC came through on that front.) However, since I do take photos occasionally, I figured I could contribute some works.

Last week I received an email confirming that I'm going to be a featured artist at the event. How exciting! This will be the first time I show strangers my work outside of my job's annual art show. So what could possibly go wrong? You see, given the cause we're raising funds for, I need to come up with a piece that is based on a KyoAni title. Uh oh.

Since then I've been in a frenzied panic. The imposter syndrome that comes with being a fake artist hobbyist photographer in an event full of people who paint and draw is certainly not helping. However, this hasn't stopped me from iterating on various ideas in search of what I can make given the time constraints and resources I have at my disposal. This is why I've been desperately running around asking anyone who would listen some rather odd questions. (Anybody here have access to an orchestra?)

Serious question: Is there a place that pounds #mochi near #NYC?

The good news is that I have some direction now. On November 8, 2019 feel free to drop by the Waypoint Cafe between 7 PM and 11 PM to see me in a puddle on the ground what I've come up with! You can RSVP for free at bit.ly/pogkyoani.