Coke with Coffee: A Surprising Combination

A couple of weeks ago my slightly sadistic friend was visiting nearby and left me some more items to review. I was surprised to find that it was all Coke… but also coffee?

Early this year, Coca-Cola announced that they would be releasing Coca-Cola with Coffee in the United States. While this product has been available in over 20 countries for years, it was never released in the US market. Last summer, they had a limited run of the new line for whatever a Coca-Cola Insider's Club member is. Now that Coca-Cola with Coffee is finally available for us normal people, we can see what the hype is about. Each can is 12 ounces comes in one of 3 flavors. They also contain a nice 69 milligrams of caffeine, so I wouldn't recommend chugging all 3 at once. 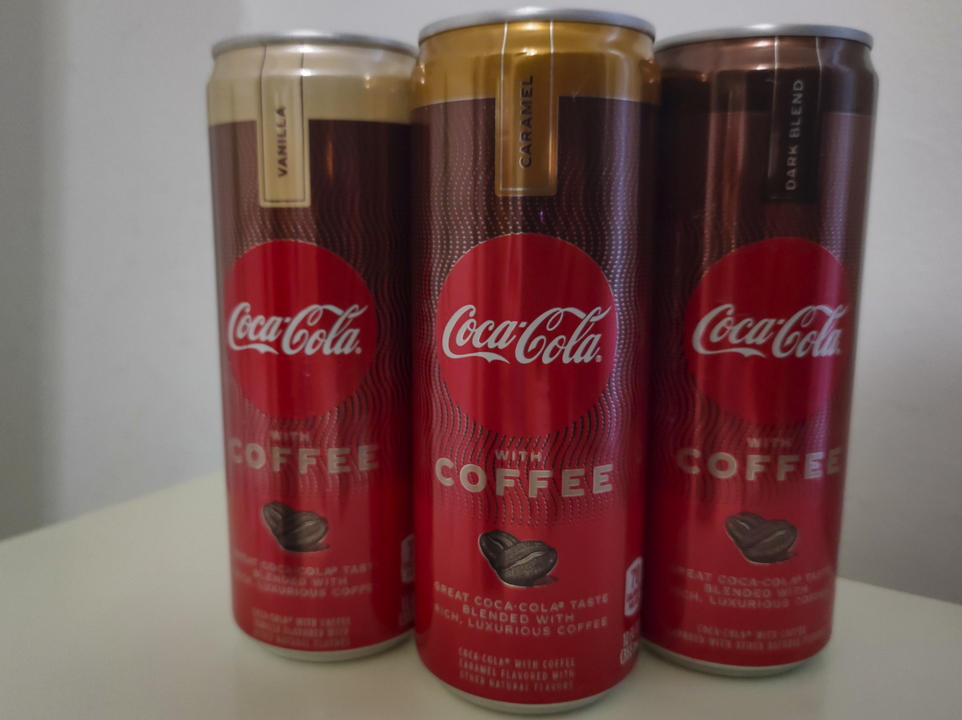 There is an undeniable scent of coffee from the moment you open up a can. Despite this, it's still definitely a Coke with its fizz and all. The coffee taste is very pronounced, but the sweetness of the soda cuts right through it. While there are notes of caramel in the scent of the drink, it is hardly noticeable in its taste. It's a little strange to be honest, since I'm not entirely whether this should be served hot or cold, but it's kind of good.

This one is my favorite of the available flavors. It's sweeter and milder than the others. While it smells like like coke with a hint of coffee, a single sip reveals the vanilla within. It's a very smooth and light drink in comparison to the other flavors. If left to my own devices, I could easily accidentally drink way too much of this stuff.

Finally, I round out the flavors with the dark blend. It smells like a pot of strong black coffee. However, the coke acts like adding sugar to the pot. I was honestly surprised by how well-balanced the flavor turned out. It's not as sharp as drinking black coffee and not as sweet as drinking a coke. Overall, it's alright. However, the lack of additional flavorings make it the least interesting of the flavors, so consumers may wind up overlooking it.